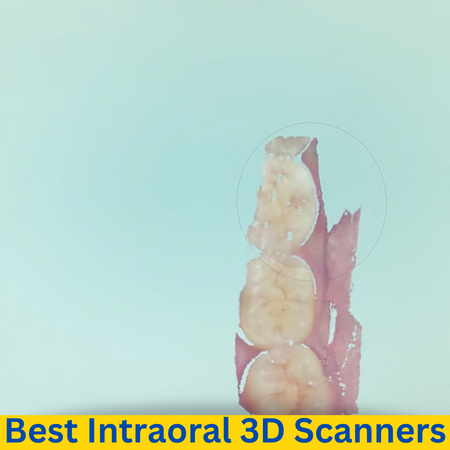 Intraoral 3D scanners let you get more accurate impressions much faster and cheaper than normal methods. Meanwhile, your patients will love not having to chomp down on yucky alginate putty.

But these scanners can be expensive. You must consider your priorities carefully to avoid wasting your investment on a scanner that can’t satisfy you or your patients.

Read on to find out which intraoral 3D scanner you want for your practice. 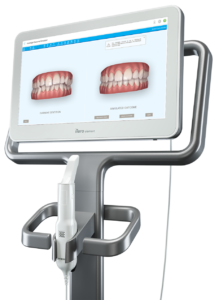 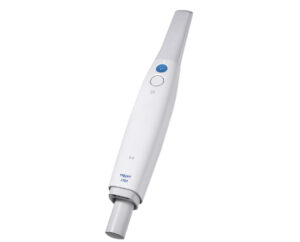 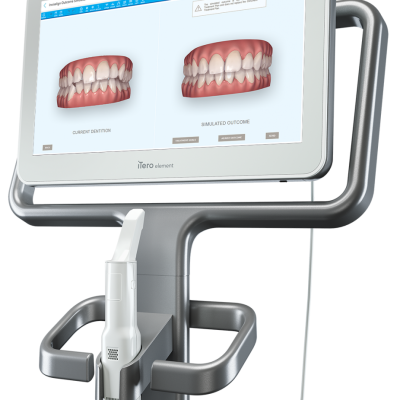 Many intraoral scanners boast about filling everybody’s needs. But iTero Element 2 does the impossible — it provides a complete package that serves both new and seasoned users.

If the original Element scanner was fast, Element 2 is even faster. This intraoral scanner can complete a full arch scan in only 60 seconds.

That means you can work faster and see more patients while offering them more comfortable service.

Element 2’s wand is admittedly on the heavier side. But thanks to the fast scan speed, you won’t tire your arm.

The scanner also creates accurate full-color digital impressions, thanks to seamless integration with iTero’s Invisalign software. You can use third-party programs as well, but the iTero software gives the best results.

Additionally, the system comes with a dedicated monitor and stand. You won’t have to spend money on a separate laptop. That’s especially welcome as Element 2 is rather pricey.

But it’s worth the investment. The iTero Element 2 is an intraoral scanner that will serve you for years. This intraoral scanner is very affordably priced. But you don’t have to compromise performance for a low price.

Aoralscan 3 is lightning fast, with full arch scans taking about a minute — and experienced users may be able to cut that in half. Your patients will be asking you, “It’s done already?”

In software, Aoralscan 3 punches above its weight. The software is simply better and faster than that of much more expensive scanners. It also has a great AI feature that eliminates unnecessary soft tissue data.

Speaking of weight, Aoralscan 3 is a light slim device. You can use it comfortably for a long time — not that you have to.

The scanner doesn’t come with a control unit, though, so you need to buy a laptop. The scan detail is also average.

Nonetheless, Shining 3D Aoralscan 3 does a fantastic job for its price. 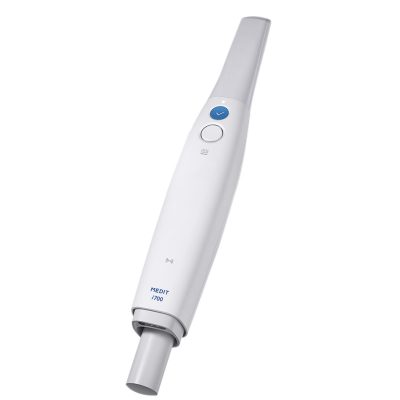 Do you want the best — both for yourself and your patients? Medit i700 Wireless is a premium digital dentistry solution for demanding practitioners.

As its name implies, the i700 Wireless is… Well, wireless. You can angle the scanner freely without a cable to provide a comfortable scan.

You won’t have to worry about battery life, either. Each of the three batteries included lasts for an hour. You can connect the scanner to a charging cable, as well.

Not that you need an hour for great results. The i700 wireless produces high-accuracy scans at fast speeds. It’s not quite as fast as iTero Element 2, but full scans still take less than two minutes.

The 3D in-motion video technology produces bright, vivid full-color scans — with some effort. Getting the best quality requires some practice.

The premium features of i700 Wireless also come at a premium price. But if you want the best of the best, this is your intraoral scanner. 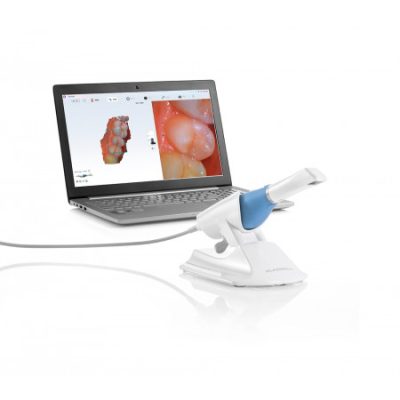 In digital dentistry, faster treatment benefits both dentists and patients. You can see more patients during the day, while they can enjoy the fast and comfortable treatment.

Emerald S is very slim and light and even comes in multiple colors. Just in case you want your intraoral scanner to match your practice’s branding.

The scanner is tricky to use though and requires you to follow a precise scanning protocol. Otherwise, it may struggle to build the scan properly.

But if you’re willing to learn, Planmeca Emerald S is the fastest intraoral scanner you’ll find. 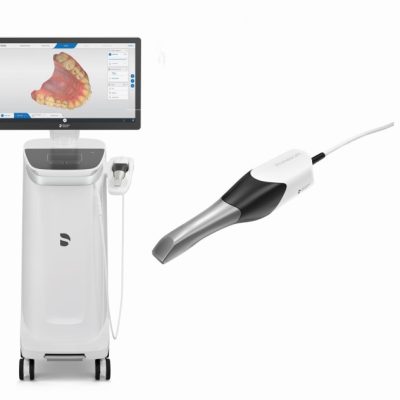 You must thoroughly disinfect and sterilize the intraoral scanner’s tip between each patient. This can be a time-consuming task — unless your work partner is Dentsply Sirona CEREC Primescan.

CEREC Primescan comes with three interchangeable hygienic sleeves. One is a stainless steel sleeve with a sapphire glass window that you can disinfect with a simple wipe.

The steel sleeve with a disposable window is good for autoclave sterilization. Finally, you can simply throw away the disposable plastic sleeve option.

Whatever kind of quick disinfecting you need, CEREC Primescan provides it.

The scanner is very fast, rivaling even Planmeca Emerald S, and is highly accurate. You’ll need that speed because the CEREC Primescan has the heaviest, biggest wand out of any machine on this list.

You can choose between a laptop version or a scanner with a dedicated control unit. Pick the option that suits you the best — just be prepared for a big investment.

Should you have the money and muscles, though, Dentsply Sirona CEREC Primescan makes providing hygienic scans a breeze. 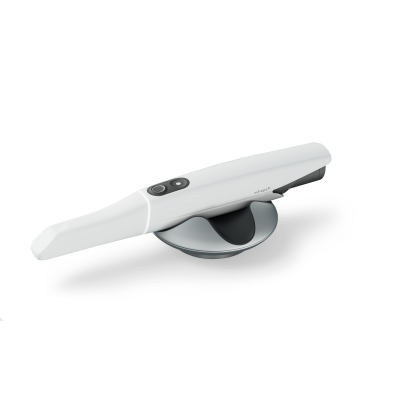 Like the Medit i700 Wireless, the TRIOS 5 is a wireless scanner. With no cables and light construction, you can easily angle and orient it to get accurate results without inconveniencing your patients.

You can scan up to 33 patients with one charge, so there’s no need to constantly worry about the battery level.

The scanner’s calibration-free design combines with 3Shape’s ScanAssist software to eliminate unnecessary data and build the 3D model as you scan. The result? Accurate, high-resolution scans.

TRIOS 5 also comes with a detachable autoclavable tip and thin body sheets for easy disinfecting and cleaning. Just scan, swap the sleeve, and repeat — simple as that.

You’ll never really own your device, though. TRIOS 5 is available only through a subscription service, which can rack up the price over time.

That said, the simple and fast usability just may be worth it. Your hand and arm can get tired if you have to scan multiple patients’ mouths every day. Carestream CS 3800 keeps you going with an excellent ergonomic design.

The CS 3800 is the most compact device in this intraoral scanner comparison with the shortest wand out of all listed scanners. It’s also very light, and although the battery housing is a bit thick, it doesn’t get cumbersome.

Oh yes, a battery housing. This is a wireless scanner so you can manipulate it without getting tangled in a cable. Unless, of course, you decide to use the accompanying backup power cable.

CS 3800 scans fast, completing a full arch in roughly a minute. It captures images in HD quality and integrates with Carestream and third-party software for easy data sharing.

The scanner comes with three swappable tips. Your patients can enjoy a comfortable scan, no matter what their chompers are.

All in all, Carestream CS 3800 is a great lightweight and efficient intraoral scanner.

Intraoral scanners have revolutionized dentistry. We’re not exaggerating when saying that. It’s hard to find a downside to these devices.

Taking dental impressions with a tray and alginate putty is an unpleasant and slow experience for everybody — dentist and patient alike. Traditional impressions are also prone to flaws and errors.

Intraoral scans resolve all these issues. But how do these scanners work? And even more importantly, are they safe to use?

What Is an Intraoral 3D Scanner?

An intraoral scanner is a lightweight, compact 3D scanner. Their generic form factor is a slim wand you’ll insert into a patient’s mouth.

At the tip of the wand is the scanner head, usually consisting of a light source and sensors. The scanner captures the details of the patient’s teeth and jaws and generates a 3D model from the scan data.

Finally, the wand transmits the 3D model to a computer. You can then freely view the model and edit it with CAD software.

Intraoral 3D scanners typically use one of three technologies to produce a scan:

Check out our articles on the cheapest 3D scanners and best DIY 3D scanners for even more scanners.

How Long Does an Intraoral 3D Scan Take?

On average, dental 3D scanners can scan a full arch in about a minute. Some intraoral scanners are even faster.

Compare that to the roughly 15 minutes it takes to make an impression with alginate. There’s no competition — the intraoral scanner wins.

You might be concerned about whether using an intraoral scanner is safe. Maybe you’re even concerned that they could irradiate you, your staff, and your patients.

Since they depend on light, there’s simply no radiation to worry about. The bright lights could theoretically harm the eye, but if you’re using the scanners as intended, the light will never be pointed at anyone’s eyes.

So, in a nutshell — intraoral scanning is perfectly safe.

But why should you invest in a dental 3D scanner if putty has always served you well? The best intraoral scanners offer a whole slew of benefits to dentists and patients, including:

Having an intraoral scanner at your practice enables you to provide your patients with better, faster, and cheaper care. These devices are the future of dentistry, and that future is here today.

Any intraoral scanner on this list will serve you well. But if you’d like more specific recommendations, here are our top choices: 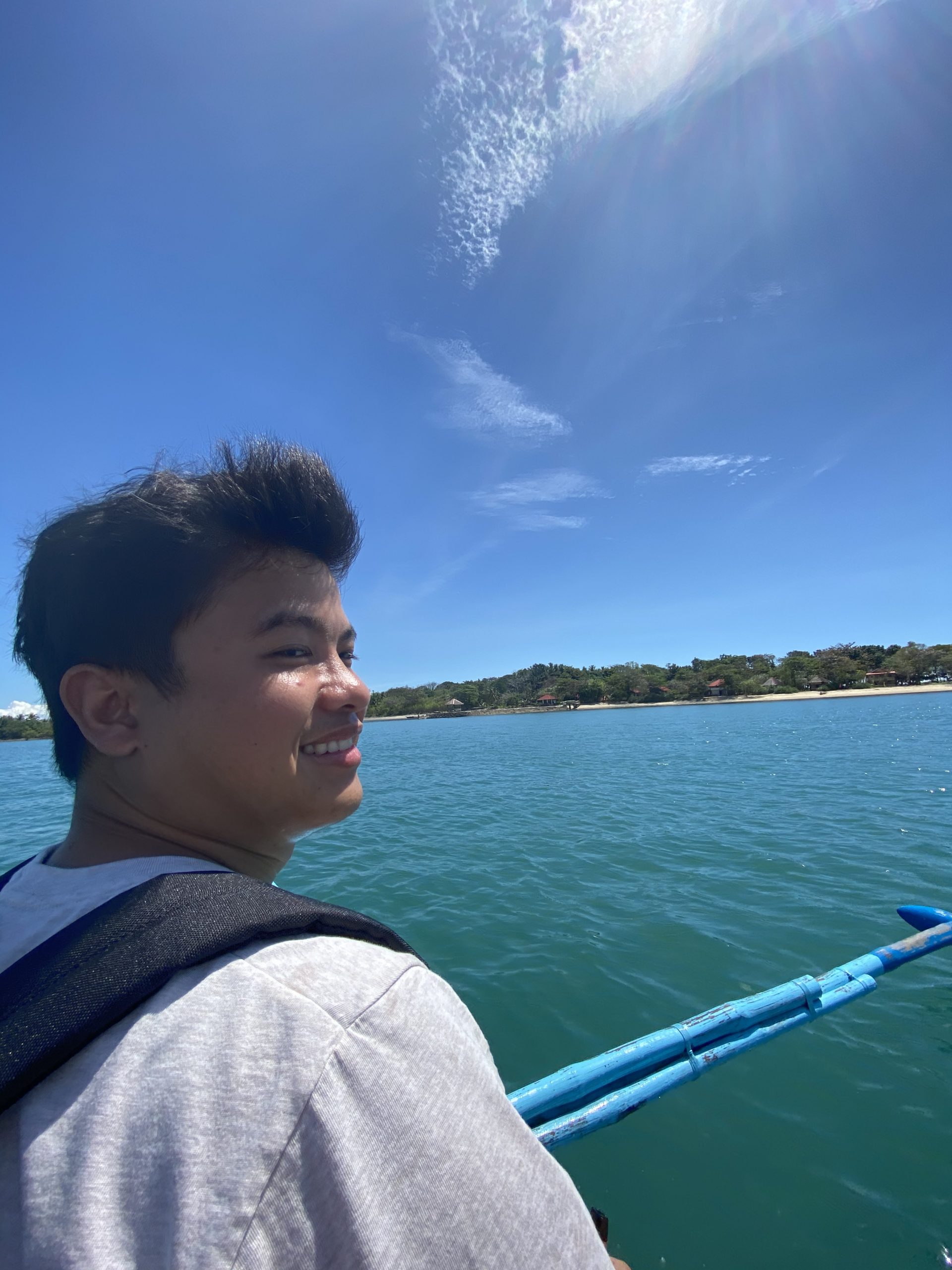 Pat Nathaniel
Pat is the editor-in-chief at Printing Atoms. He has a BS in Mechanical Engineering from the University of Florida and wants to spread the word on 3D printing. When he's not writing, he likes to tinker with his Ender 3 Pro, test filament brands, and scuba dive.